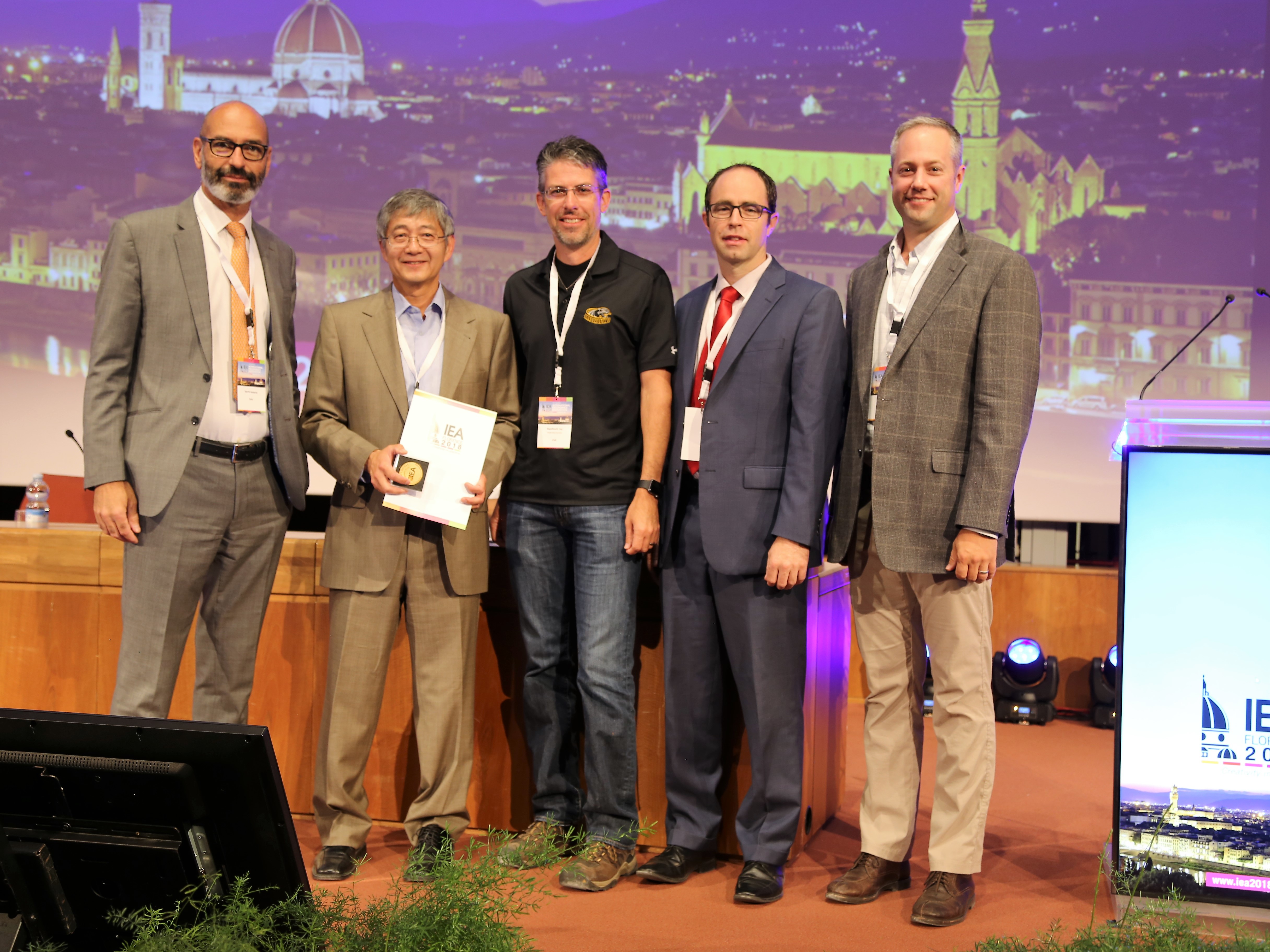 Dr. Merryweather and his colleagues were awarded the Liberty Mutual Medal for 2017 at the 20th Congress of the International Ergonomics Association in Florence, Italy. The team was recognized last year for their contributions to the field of workplace safety and ergonomics. Dr. Stephen Boa (First Author) presented work on behalf of the research team.

Practitioner Summary: The findings are based on a large number of subjects collected by three research teams in diverse US workplaces. Job rotation practices used in many workplaces may not be effective in reducing job biomechanical stressors for work-related musculoskeletal disorders. Overtime work is also associated with higher biomechanical stressors.