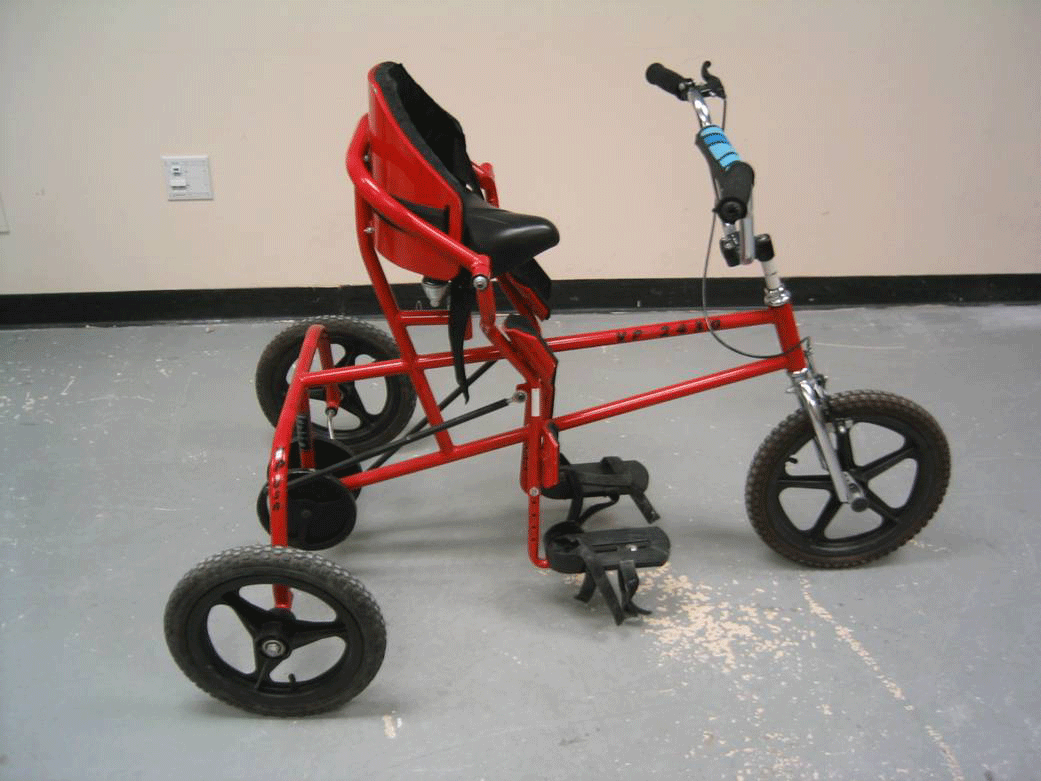 The University of Utah Ergonomics and Safety Lab’s first device, developed several years ago, started with a call from Judy Gooch, a university hospital physician who worked with children with disabilities. Judy wanted to know if we could invent a system to help children with cerebral palsy (CP) exercise their gluteus muscles, which are important in walking. She noted that the existing method involved the children simply pulling their leg backward against the force of a bungee cord attached to a table leg — not much fun — and indicated that the kids got tired of it in minutes (who wouldn’t!). She wondered if we could come up with a way for the kids to exercise and have fun at the same time, which would make it easier to convince the kids to do it. After one iteration we came up with the idea of the trike, where the kids basically stand on the pedals and simulate walking — fun for the kids while also strengthening some of the same basic muscles as used in walking. One interesting outcome of this first project was the feedback from the parents that, while their child’s walking pattern improved, they were even more excited that their children were an active part of the neighborhood play activities — an unexpected (for us), but very satisfying, result.